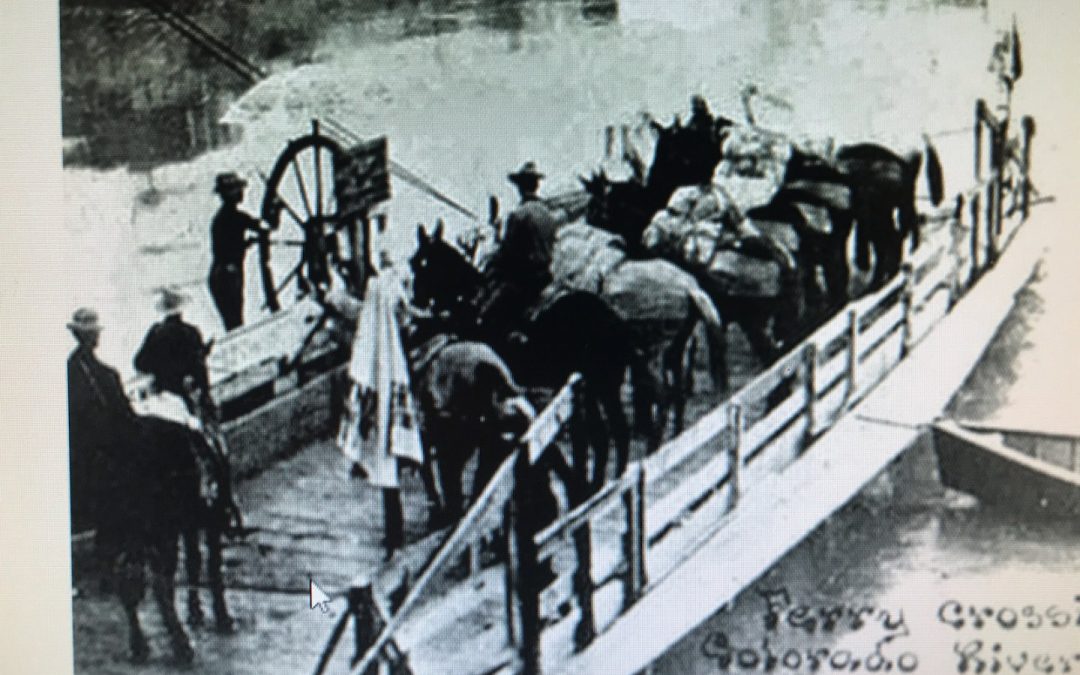 THEY CROSSED THE COLORADO RIVER AT YUMA

The Colorado River was once a wild and turbulent waterway, unimpaired by many dams engineered in modern times to control its fury. These dams provide the system to divert the water to supply the thirsty agricultural communities contiguous to its path. Additionally, the Colorado River became a significant source of the water supply for Los Angeles in the early twentieth century. The legal battles for adjudication of water rights were as dramatic as the most creative Hollywood thrillers.

Today, the river is a pitiful image of what it once was because of water diversion for human consumption to faraway places. However, before the dams, this river provided challenges to navigate and traverse. Indians lived along its banks for thousands of years before European visitation. The rushing waters provided a natural barrier to anyone wishing to cross to the other side.

The river originates in The central Rocky Mountains of Colorado. Its path extends some 1,450 miles to the Gulf of California. The generous water flow and steep gradients and its passage through vertical, narrow canyons caused travelers a natural barrier.

In the old days, few spots could be used as strategic points to traverse the waterway. One such place was at Fort Yuma, a supply depot for the United States Army. The formation of two granite outcroppings provided a narrow slot to allow for an excellent point to cross. The Gila River, a mighty river that collected water from the watersheds all over Arizona, converged with the Colorado River above the crossing. Traversing the rushing river was no easy task. However, it was strategic since Fort Yuma was in the vicinity, and it was essential to the anticipated railroad route to come later.

A rope ferry barge facilitated relatively safe crossings beginning in 1850. The operation was a huge success; however, it was fraught with danger. The owner wrote home that he had collected $60,000 in less than four months. However, he sought a buyer to purchase his business. The river was a vicious element of nature; however, the entrepreneur feared thieves and robbers more.

The crossing established convenient passage across the Colorado River. It became the point of crossing for the railroad in 1877. Without the innovative work of entrepreneurs and opportunists, a vital railroad route may never have been established. The modern-day Santa Fe Railroad runs from points East through Yuma to the southern part of California.

Joshua McBride and Luther Chambers traverse the Colorado River, at Yuma Crossing, in the second novel of my McBride series called Taken at the Flood. I believe you will enjoy the read. You can purchase Taken at the Flood and Equal and Alike from Amazon, Barnes and Nobel, Bookbaby, and other fine books purveyors.

CALL ME IF YOU WANT TO KNOW HOW THEY CROSSED THE COLORADO RIVER AT YUMA ?